Student Agora is a debating project for secondary school students. The project consists of two fundamental parts: first, there are seminars for secondary school students; second, there is the contest called on the Way to the Parliament, in which students selected to compete in the individual debating teams and representing schools in the regional and national rounds of the contest take part.

The contest teaches students to look at different issues from different angles. They must seek information about each topic in order to be able to defend their opinions both for and against the given statement. In this way, they learn to take an informed stance on the topics under discussion and perfect their own opinions on the particular issues. Also they are motivated by the project to learn about contemporary social issues, make their opinion on them and become active within community they live in.

“On the Way to the Parliament” already has a tradition of six years and we are going to continue with the project as long as the schools are interested and it is useful for the students. A total of 3,000 students have taken part in the project so far.  The discussions were mainly focused on the European Union and topics concerning coexistence within the EU, on human rights and national diversity.

Structure of the project

Structure of the debating contest

The contest On the Way to the Parliament involves several formats. This helps students check their debating abilities in different ways. Besides, this ensures an objective assessment of the contest.

The forms of the debates are different. The objective of the contest is not to collect students’ opinions; instead, students are expected to show debating skills, including quick reaction and spontaneous arguments. The fact that students must adopt certain standpoints that are different from their opinions forces them to ponder the arguments of the other side. In this way, they form and contemplate their own opinions, learn to think about arguments both for and against.

The debating contest helps students improve their ability to express themselves, their logical thinking and arguments, the ability of work with information (in the preparatory phase), and gain a certain distance and unbiased standpoint on the given issues when defending the assigned opinions.

Each contest of two teams comprises three debates on three different topics. The characters of the debates differ:

a) Debate with set roles on unknown topic

The topic for the debate is drawn by lots from several topics. Unlike in the other two types of debates, the students do not know the topics in advance. These topics are based on everyday life problems and students know them very well. Therefore, they do not need time for information research. Demonstration example: Just like professors, the students should not be pushed to change their shoes for slipers, while being at school. Compared to the other two, this type of debate is rather aimed at testing the creativity, wit and and quick-wittedness of students. At the same time, it provides space for their improvisation.

b) A two-on-two debate (set roles)

Each team is represented by two selected representatives who defend the same standpoint on the given topic on the basis of a draw. Two representatives of the other team face them and defend the opposite opinion. These pairs then discuss the issue.

Each team must defend or reject a certain statement according to a role determined by a draw. The opinion of the debaters does not matter; what matters is the coordination of the team and the ability to react quickly. The participants play roles in which they learn to defend their own opinions, but also the opposite opinions. The role the given team will play in the debate („for“ or „against“) is determined by a draw and announced to the students before the beginning of the contest.

The objective of the debates is not to find out which team is right but which team is better prepared, can use relevant arguments, has good debating strategy and cooperates as a good team.

The debate is evaluated by three independent jurors who focus on three crucial criteria – arguments, presentation (the formal aspects of both verbal and non-verbal performance) and team cooperation. The jurors decide to what extent the debaters have been able to push through their standpoint. The jurors are experts on debates and on the rules of the contest.

The best three debaters in each round are rewarded for their personal performance. The main prize in the contest is the prize for the best team of the finals.

Examples of discussed statements (in the past years) with students defending contradictory opinions:

Positive discrimination will resolve the problems of ethnic minorities.

Work permits should be conditioned by good knowledge of the Czech language.

A reintroduction of death penalty is unacceptable.

The use of caged beds in mental hospitals is unjustifiable.

Public places should be monitored by cameras.

The contest peaks with the finals that are held at the Czech Parliament building every year.

Seminars are led in an interactive way to help the students test their ability to discuss things and to develop it. They learn how to lead a debate correctly, what to focus on during a debate, and how to present their opinions. At the seminar, the students also learn about the On the Way to the Parliament contest, including its structure and rules.

At each school taking part in the project is held a seminar, led by two expert coaches, in which 20-30 studentstake part on a voluntary basis. Owing to a structured form of the seminar, based on direct experience, students learn a lot about the selection of correct arguments, the use of relevant information, ways to present their ideas, but also the necessity to view an issue from more angles and hence avoid jumping at conclusions. At the seminar, students try to discuss issues that concern primarily human rights, citizen participation and national diversity. The schools receive a list of topics by mail in advance so that the students can prepare their arguments. They have to find arguments of the highest possible quality, both for and against the selected statements.

The seminar last about 90 minutes (two school classes) and are divided in three parts. At the beginning, coaches introduce the topic of the seminar in theoretical terms. A debate between students on selected topics follows. The students themselves then evaluate this debate, so the debaters get feedback on the quality of their arguments, the level of the presentation of the individual arguments, etc. During the seminar, students try three debates.

The seminar is followed by meetings of students focused on studying topics related to human rights and on testing debating techniques. These meetings organises school coordinator in the students’ free time. The coordinator then chooses the best ten students to form the school team that represents the school at the contest. 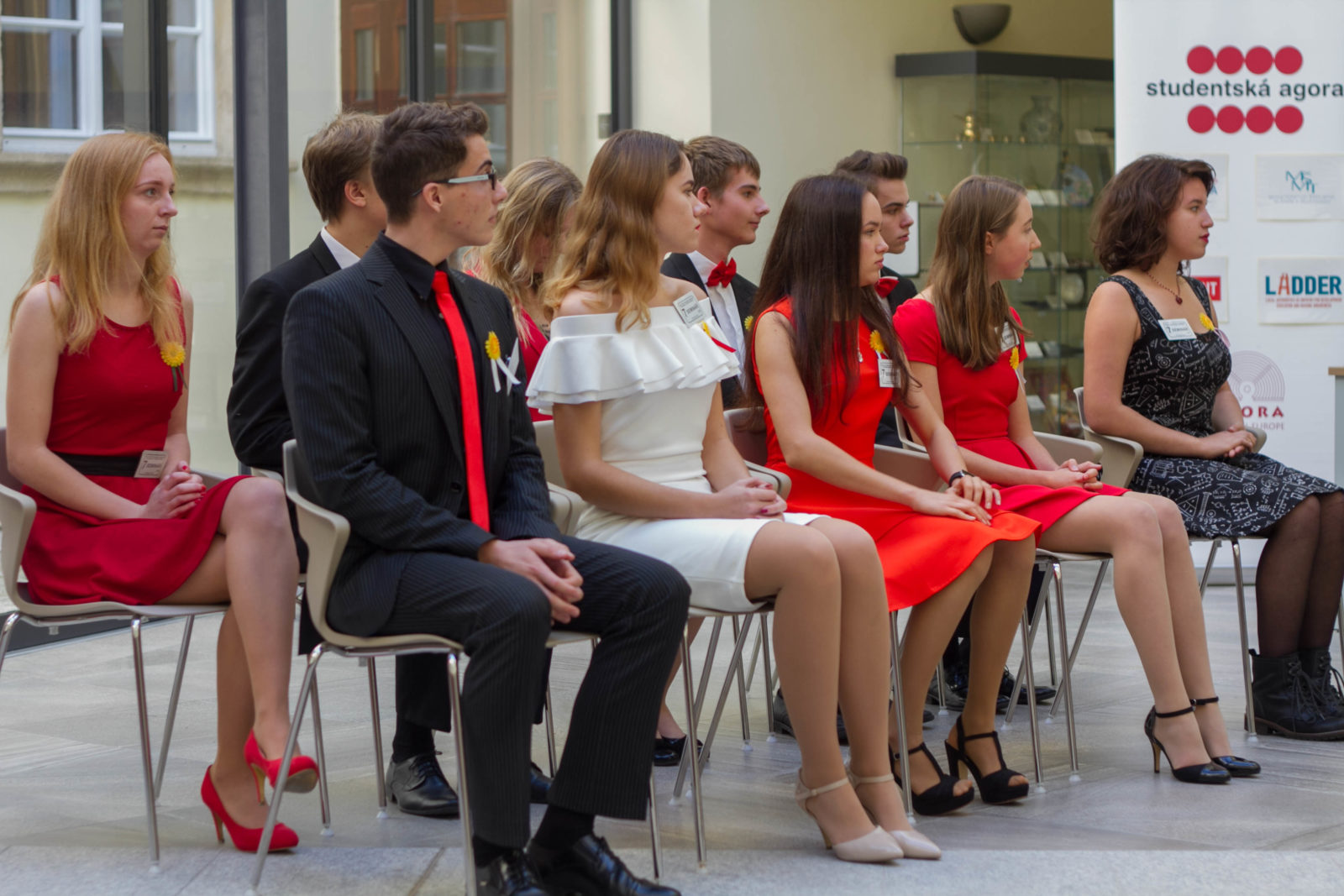